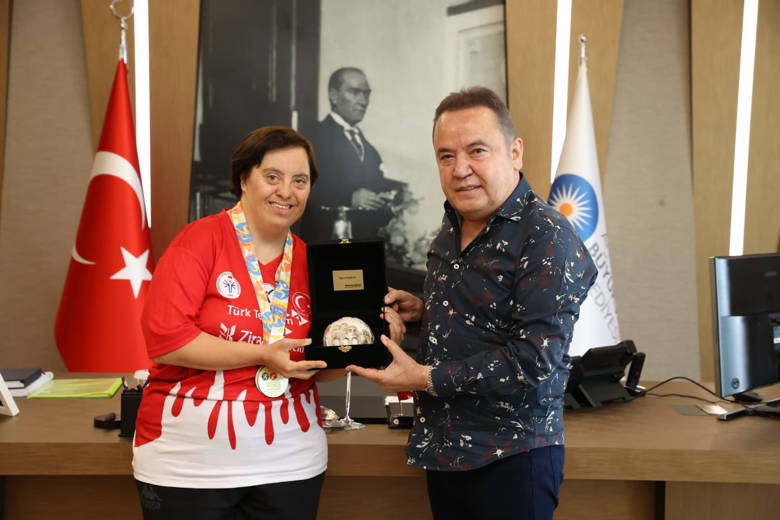 We Are with Our Special Athletes
Saying that he has always been a supporter of sports and athletes, Mayor Muhittin Böcek congratulated Benay Balcı and Special Athletes Down Syndrome Women's Table Tennis National Team players. “Our special athletes make us proud with their success. Our special brothers and sisters show us what they can achieve when they are supported and given the opportunity. I congratulate all our athletes, especially our sister Benay, who successfully represented our crescent and star flag and Antalya in the championship held in Czechia and in different countries.” Mayor Böcek presented a gift to Benay Balcı in memory of the visit.