Maps will be produced by Unmanned Aerial Vehicle (UAV) 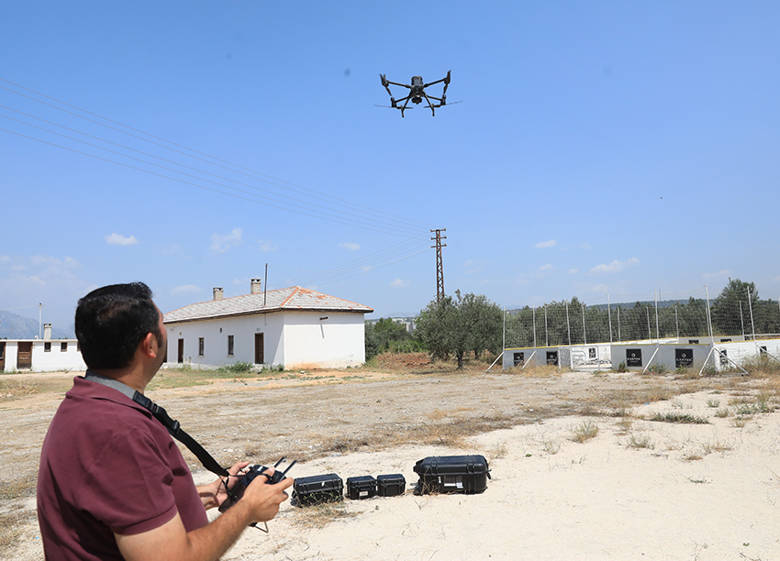 Antalya Metropolitan Municipality has started to provide the maps and geographical data it needs in engineering services with the support of unmanned aerial vehicles. Within this context, an informative meeting on Geographical Data Production with Unmanned Aerial Vehicles was held for municipal personnel.

Antalya Metropolitan Municipality has started to use unmanned aerial vehicles in public services in order to increase the quality of service and efficiency in its business and operations depending on today's technological developments. In this context, an informative meeting was held for the relevant personnel in the municipality meeting hall. During the meeting, the attendees were informed about the Unmanned Aerial Vehicle with the RTK/GPS system developed for mapping studies that provides the units with the up-to-date data they need in their engineering works and operations by producing economical, fast and high-accuracy maps from the air. The technology has been put to use by the Geographic Information Systems Branch of the Information Technologies Department.

BOTH ECONOMIC AND FAST
The Metropolitan Municipality aims to use unmanned aerial vehicles to accurately and precisely produce digital maps, which are the basis of many works from engineering projects to architectural projects, from zoning plans to subdivision plans. It has been determined that the digital orthophoto and current maps and digital terrain models produced by Photogrammetric Measurement Method using Unmanned Aerial Vehicles have the desired sensitivity and accuracy when compared with the maps produced by other terrestrial measurement methods. Considering the terms of time and cost, it can easily be foreseen that it will make a great economic contribution to the Municipality in terms of the correct, effective, appropriate and efficient use of public resources.
In addition, it is planned to produce 3D map models of lands and structures in the near future in order to include Antalya as a geographical layer in the digital city inventory within the city information system.